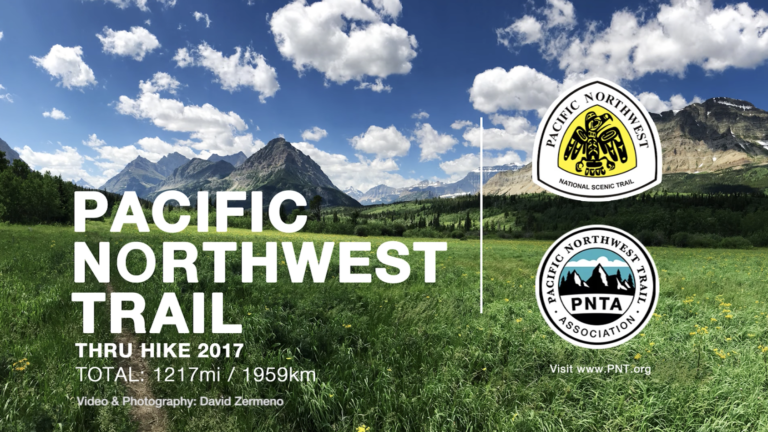 With the Pacific Northwest Trail buried under heavy snow and with some mountain roads blocked by avalanche debris, thru-hiking season is still months away. Until then, here is a collection of some of our favorite videos about the trail made by PNT thru-hikers. We hope they help inspire you to #findyourtrail in 2018.

This assortment of short clips and feature length films show just how much the PNT has changed over the last decade and how different each hiker’s experience can be. Each film captures a glimpse of the challenges and natural beauty experienced by trekking against the grain of seven different mountain ranges, on a 1,200 mile #crowntocoast adventure.

Six of the Best Films on the Pacific Northwest Trail

Follow adventure athlete Andrew Skurka as he tangles with a classic PNT bushwhack in
this short clip. Skurka shares, “what it’s sometimes like to hike the PNT,” with this video
taken along the Leola Creek Trail–a nearly “lost trail” notorious for being difficult to
follow and choked with fast-growing alder and other dense brush.

Alex Maier’s feature-length film, A Sense of Direction, captures the camaraderie and
friendship forged hiking the Pacific Northwest Trail from end-to-end. Maier’s interviews
with the group of long-distance backpackers who braved the PNT in 2015 give a sense
of the challenges and rewards hikers face along the trail.

WANDERING THRU | THE PACIFIC NORTHWEST TRAIL from Terasu on Vimeo.

Long walks through wilderness offer ample time for reflection and demand we face
adverse conditions. Filmmaker Julie Hotz’ mesmerizing short, Wandering Thru, pairs
dream-like imagery with her meditation on the hard-earned gifts granted those who
struggle against the grain.

Explore the most inaccessible portions of the trail through the keen eyes of a thru-hiker.
David Zermeno’s carefully and thoroughly documented film is shot in the first-person
perspective without comment. The rugged beauty and solitude found on the PNT are
driven home in Zermeno’s short–its sparse soundtrack lets the sounds of nature of
prevail.

Like mountain weather, the mood at the onset of a long-distance trip can change suddenly.
Iceberg’s earnest narration expresses the raw excitement, joy, and frustration experienced
during the first hard-felt weeks of a thru-hike, and the help friends and good samaritans
lend along the way.