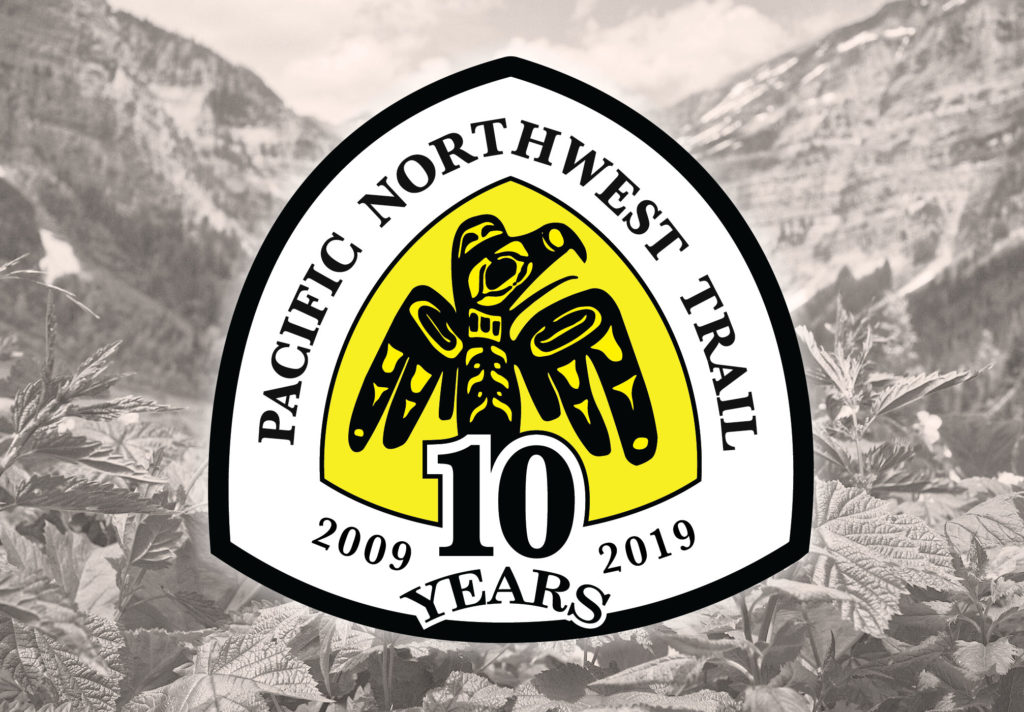 As Pacific Northwest Trail enthusiasts, we owe a lot to our friends in our trail community.

Over the last forty odd years, many have made important contributions to the PNT. Creating what trail founder Ron Strickland imagined would be “America’s finest national scenic trail” has been a colossal effort that has touched and enriched many lives.

All of the tread and trail information that we enjoy today were built on the bedrock foundation of those who came before us. Ron Strickland’s observation that every PNT hiker “walks with the ghosts of those who walked the trail before them,” rings true today in the pages of the Pacific Northwest Trail Digest, as well as hiker’s comments left in online forums and in Guthook’s Guide to the PNT.

While Strickland must be considered the father of the trail and acknowledged as the author of the first book-length guide, Ted Hitzroth, should be considered the creator supreme of all PNT maps. A professional cartographer, Hitzroth scouted and hand sketched what would become the first maps of the trail on his historic 1983 thru-hike with Strickland. For the 2012 season, he produced the first set of strip maps that the Association distributed as a volunteer.

In 2008, the PNTA’s former Director of Trail Operations, Jon Knechtel delivered testimony before congress advocating for the Pacific Northwest Trail to join the national trails system.

In 2019 every member of our trail community should also give thanks to an unsung hero in the trail’s history.

In 2008, the PNTA’s former Director of Trail Operations, Jon Knechtel delivered testimony before congress advocating for the PNT to join the national trails system. Ultimately, he succeeded. On March 30th, 2009 President Barack Obama signed into law the Omnibus Public Lands Act of 2009, and the Pacific Northwest Trail became the Pacific Northwest National Scenic Trail, after decades of advocacy work by the Association.

With congressional designation, the PNT officially earned its place alongside the world-renowned, “triple crown trails,” which have become household names today. The Appalachian Trail and Pacific Crest Trail celebrated their 50th Anniversaries just last year — and the Continental Divide Trail, its 40th.

Over the last fifty years, the triple crown trails have matured, with segments once made up of a hodgepodge of surfaces — not just trails, but also highways, cowpaths and overland routes — now much closer to becoming the continuous footpaths that many of us have come to expect of a national scenic trail today.

In the decade that has passed since the PNT earned congressional designation, the Association has also worked to refine the trail’s corridor amidst a backdrop of sweeping change in the world of long-distance hiking.

What national scenic trail enthusiasts discover on the PNT today is an experience that may feel both familiar yet new at the same time — the charm of a “relatively young trail that’s still a little rough around the edges.”

In 2008, Congressman Norm Dicks and Senator Maria Cantwell introduced legislation to designate the full length of the Pacific Northwest Trail as a national scenic trail. Each of the counties and states rallied behind that effort. Visit our blog for more on the legislative history of the PNNST. Photo by Brian Ambrose. All Rights Reserved.

With a renaissance in long-distance hiking unfolding around 2012, a new culture has emerged around these national treasures, one with the ability to assemble online, enhanced by smartphone technologies and affordable lightweight gear, and supported by trail-maintaining organizations and self-appointed volunteers.

On the PNT, the good samaritans who live in trailside communities are lending more support to thru-hikers than ever before, but this too holds the charm of a trail still in its adolescence. With a smaller and more earnest network of “trail angels,” long-distance hikers must be more self-reliant on the PNT than on longer-established trails. They also enjoy the pleasure of introducing locals — with long ties to the land — to the pathway which brings us together.

However you choose to experience the PNT on this special anniversary year, there are many ways to enrich your experience and to get involved. Join us for a volunteer work party to share your passion for the PNT by toiling in service to its tread. You can also show your love for the trail by becoming a member of the PNTA — the support of our trail community makes our work to build a better PNT possible.

Wherever your travels take you on the Pacific Northwest National Scenic Trail this year, prepare to marvel at scenic and untrammeled lands, and to do your part to protect them for the wildlife for which they are home — and for the generations to come.